How To Get A Promotion at Work 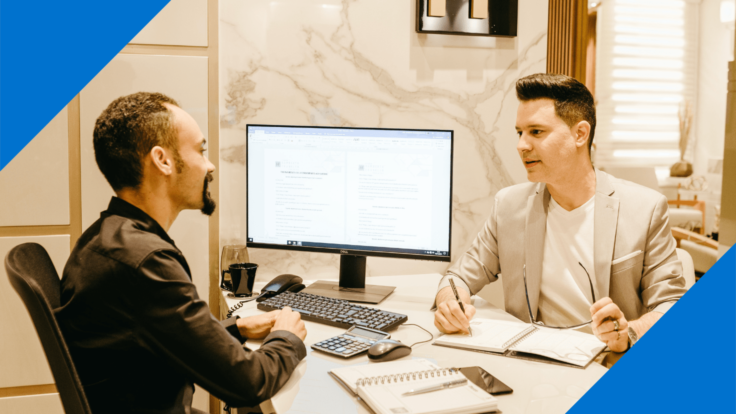 I hate to be the one to break it to you, but simply “working hard” isn’t going to get you that promotion.

Now, that’s not to say working hard isn’t important. It definitely is. But it’s often overvalued when it comes to getting a promotion.

These days, the people who get promoted tend to have one thing in common that goes beyond “working hard”. Any idea what it is?

Nope, it’s not a fancy new degree or certification. Yes, those things might help. But what I’m referring to is much simpler.

It’s having a plan that involves communicating the value you bring to the company, learning how to add even more value, and then advocating for yourself as you become a top performer. And guess what? All of these things come before you even ask for a promotion!

In this post, I’m going to break down what that plan looks like, step-by-step, so you know exactly what to do to work toward a promotion. And to increase your chances of success, I’ll also talk about some common mistakes you’ll want to avoid along the way.

What Is The Best Way To Get A Promotion?

The best way to get a promotion is to be proactive. Because, unfortunately, even if you really feel that you deserve it, that doesn’t mean your boss will feel the same. They may not even know you want to be promoted!

So, here’s that step-by-step plan to let your boss know you’re serious about wanting a promotion:

Before you even think of meeting with your boss to ask for a promotion, you need to schedule a meeting with yourself. Get crystal clear on why you deserve a promotion. What are some of your most noteworthy achievements? When have you gone above and beyond to get your company results? Open a Google Doc and write everything down.

Make sure to focus on quantitative results as much as possible. Similar to writing an effective resume, you’ll have a higher chance of success if you use measurable metrics and achievements to showcase the increasing value you bring to the company.

Of course, this exercise isn’t just for you to remember all of your achievements. It’s also something you’ll want to bring with you when executing step 2.

Step #2: Communicate Your Career Goals to Your Boss

Now that you’re clear on what results show you deserve a promotion, you may think it's time to ask your boss directly. But not so fast! While this may work in some scenarios, I want to encourage you to play the long game with a better, more effective strategy.

Instead of making your first meeting all about asking for a promotion, schedule a meeting with your boss to simply discuss your career goals.

In this meeting, you’ll begin to advocate for yourself by letting them know you want to become one of the company’s top performers. Discuss and share the document you made in step 1 to show them the upward trajectory you’re on so far. And then ask them for their advice on what you can do in the short and long term to improve even further and work toward gaining more responsibilities.

Make sure to take notes because you’ll refer back to them during steps 3 and 4!

Step #3: Take Action on Your Boss’s Advice and Insights

In step 2, you’ve essentially asked your boss for a roadmap to a promotion. And now it’s time to follow through on the advice and insights you gained on how to become a top performer.

Spend at least 3-6 months taking action on your boss’s advice and recommendations. But don’t stop there. Continue to also upgrade your hard and soft skills. Get involved with projects that require you to collaborate with different departments. Have regular check-ins with your boss to update them on your progress.

The goal is to build a strong case for yourself and have your professional growth become undeniable.

Time to meet with yourself again! Only this time, you already have a framework for what to do.

Add a new section to your document of achievements that shows what you’ve accomplished since your last meeting with your boss. You’ll be sharing this one again soon. Make it clear which of your new achievements are a direct result of the advice your boss gave you in step 2 and which have come from your own initiative.

Step #5: Schedule a Follow Up Meeting to Discuss Progress

If you’ve been having check-in meetings as I mentioned in step 3, then you’ve already automated this step. But if not, no worries. As long as you’ve been making progress, you’re in good shape and have a valid reason to request this next meeting.

Just make sure to schedule a meeting for at least 30 minutes so you have time to walk your boss through everything you’ve prepared, answer any questions, and potentially negotiate terms.

Step #6: Practice Exactly What You’ll Say in the Meeting

Have you ever heard that famous Benjamin Franklin quote about the connection between preparation and failure? It goes, “By failing to prepare, you are preparing to fail.” And with any form of negotiation, such as when you meet with your boss to ask for a raise or a promotion, it couldn’t be any more true!

That’s why I’d suggest mapping out a script of exactly what you plan to say to your boss when asking for your promotion. Why? Because if you’ve rehearsed beforehand, you will be able to deliver important lines like “I’d like to discuss the possibility of a promotion for XYZ reasons,” with greater confidence and assertiveness.

Step #7: Ask Your Boss for the Promotion

When you make it to this step, congratulate yourself! You’ve already done most of the work. Now, you just need to confidently go into the meeting, share your quantifiable achievements, and show your boss how those achievements demonstrate you’re ready for a promotion.

If you get a yes, awesome! But if not, what should you do? Still think of it as a success. Why? Because, no matter the result, you’ll have set yourself ahead of your peers who’ve put in less work. It also nicely sets you up to keep this conversation open and ask again in the future.

On the flip side, it may also let you know that you need to start looking elsewhere for the professional growth you’re after. And that insight can be more valuable than the promotion itself.

Avoid These Mistakes When Working Towards A Promotion 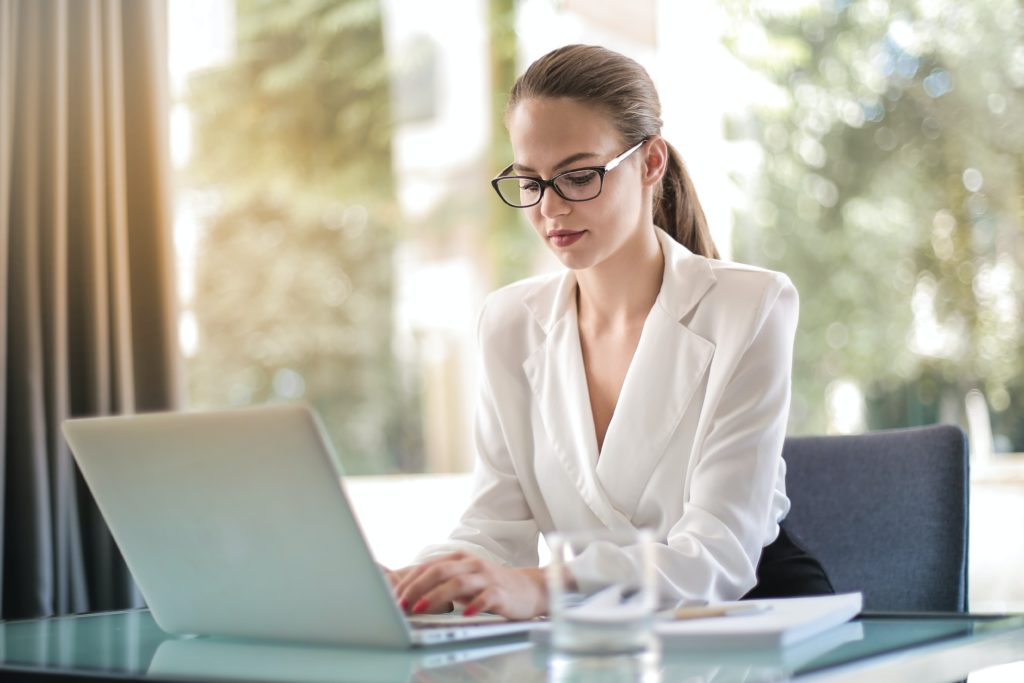 By following the step-by-step plan I just laid out, you’ll significantly increase your chances of getting the promotion you’re after.

But there are a few small things that could take away from your efforts. Let’s take a look at those so you know exactly what to avoid.

Believing a promotion is based on how long you’ve worked at the company. A promotion has very little to do with time and more to do with the value you bring to the company. If you’ve been working at your current job for years but haven’t upped your game or brought the company any significant results, you may not be ready. Put your attention towards building an impressive track record before going for a promotion.

Not sharing quantitative results of your achievements at work. To get promoted, you need to prove your value. And in business, value is often measured quantitatively. So, don’t skip out on this part! If you don’t have a clear idea of the quantitative evidence of your success yet, start keeping track of how your work contributes to key business metrics as soon as possible. This way, you can present your case for a promotion as a win-win scenario!

Failing to align the promotion with your personal and career goals. Don’t fall into the trap of pursuing a promotion just for the sake of getting a promotion. Make sure it’s something you want. Will the extra responsibilities still give you time for the things you value most (e.g. spending time with family)? Will the promotion give you the chance to earn more skills that lead you to where you see yourself in 5 years? These things are important to consider before working towards a promotion!

Trying too hard to be liked by your boss. Is building positive relationships with your boss and superiors important to getting a promotion? Yes. Is becoming the person who’s first to respond to every request they make? Not exactly. What matters more is that key decision-makers are aware of the value you bring and your commitment to continuing to help the company grow.

Asking for a promotion at the wrong time. Timing is important. And so is knowing the state of the company before asking for a promotion. If your company was just forced to downsize or just finished a round of promotions, it may not be the best time. Now, does that mean there’s no hope for you getting a promotion anytime soon? Not at all. But it may mean that you need to extend your timeline by spending a bit more time developing your personal brand and upgrading your skills as I mentioned in step 3.

Taking a “No” personally. There’s no shame in getting a “No”! In fact, it might be just what you need to identify gaps in your skillset, work performance, or method of preparing for negotiations. It’s also entirely possible that it has nothing to do with you! It might just not be the right time for reasons you could have little way of knowing.

Even if you really deserve it, getting a promotion won’t always come easy. But it’s possible if you have a plan!

Here are some helpful tips to take away from what I’ve shared:

And if you do get denied the promotion and want to explore the idea of landing a new job more in line with your goals, make sure to also check out How to Get a Job Without Connections!