Overlooking Your Resume Interests Could Be Costing You Job Offers 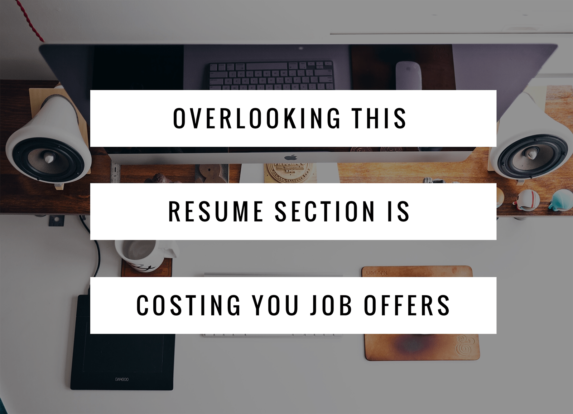 Fast Fact: Your Resume Skills Section Is The Key To Landing Your Next Job Offer.

Do you ever wonder how some people are able to effortlessly build relationships?

We’ve all come across somebody like this. The guy at the party who walks up to a group of strangers and turns them into best friends 5 minutes later. The woman in the office who seems to know everyone from the janitor to the CEO.

When these people talk to you, it’s captivating. You feel like they are fully invested in your every word and somehow you’re able to remember their name weeks later even though you can’t remember what you had for lunch yesterday.

This doesn’t happen by accident.

These people are, consciously or not, experts at leveraging specific principles of behavioral psychology. They can build instant rapport.

Rapport is a big deal when it comes to career development. A recent survey conducted by the Adler Group showed that 85% of jobs are filled via networking. But if you want the referral, you’re going to need to build the relationship.

Easier said than done though, right? If there was a lever we could pull that would make people love us, we would all have pulled it by now!

This is the exact train of thought that I struggled with during my job search.

The “All Business” Mindset

When I first entered the interview phase of the process, I felt like something was missing. Everything felt incredibly procedural.

The interview would start with brief small talk, then the monotonous dance began. They would ask, I would answer, rinse and repeat. It was all business and it was robotic.

I knew that if I wanted to be singled out from the rest of the applicants I had to focus on creating a personal bond with my interviewer. But how the hell was I supposed to do that during a 30 minute window where I was getting peppered with behavioral questions?

I wished I had the innate talent I saw in the guy at the party or that girl in the office. The ability to say the right thing at the right time and win people over.

I needed to find a way to catch my interviewer’s attention and have them start the conversation. After some serious trial and error, I found it in the last place you’d expect.

Who Cares About A Resume After You’re In The Door? 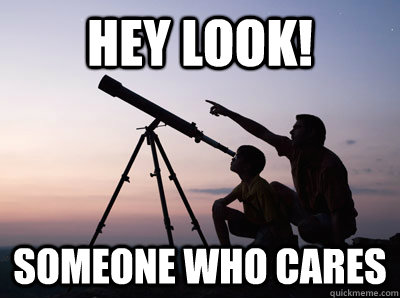 On a scale of 1 to 10, how important would you say your resume is once you’ve sat down across from your interviewer?

My guess is fairly low. At least that’s why I thought when I started job hunting. There were a million other things buzzing through my mind at that moment – my introduction, answers to behavioral questions, did they go to the University of Miami or Miami of Ohio?

In my mind, I needed to worry about these uncontrolled variables, not the final draft of ink on paper that sat in my portfolio.

On the surface, that makes sense. But let’s take a step back and look at the true purpose of the resume. People tend to think it’s a document that will help you land an interview.

In most cases, this is false. Sure, it helps, but there are other, far more effective, ways of proving your value in order to land an interview.

The resume truly shines during the interview phase after you’ve made it past the gatekeepers.

During the course of the 50+ interviews I sat through over the past few years, I noticed an interesting trend. Roughly 80% of my interviewers apologized because they hadn’t looked at my resume before entering the room. The frequency of this phenomenon increased as I made my way up the ladder. The more senior the person, the less likely they were to have looked at my resume.

When I handed over one of the copies I brought with me (always bring at least 5 copies of your resume to your interviews), the person spent 10-15 seconds scanning the page from top to bottom. Then they would decide a point that resonated most and lead with it.

This behavior led to an interesting finding.

In the middle of my job search, I decided to grab coffee with a friend of mine who works as a recruiter on Wall Street. I mentioned my predicament to her – I was coming from a non-traditional background and my best bet was to build a rapport with my interviewer. The problem was, I could get a word in between questions. Even if I did try to turn the tables, it felt forced.

How could I get them away from the robotic back and forth and into a real conversation? What she told me ended up being one of the best pieces of job search advice I’ve ever received:

“The resume skills section is by far the most important part of your resume. It’s the one place where you can quickly establish a personal connection with someone – don’t take it for granted.”

And I didn’t. I decided to try something a little bit crazy. I revamped my resume skills section, making it quirky, personal, and less focused on traditional “skills.” Then I slapped it at the top of my resume.

Over the course of my next 5 interviews, every single interviewer brought up something from my resume skills section. It was like clockwork and the resulting conversations got my name on the short list. The funny thing? I didn’t have any traditional “skills” listed – it was all interests.

A General Manager at Microsoft spied an author I listed and we took off on a 20 minute conversation about reading.

Fishing caught the eye of a Sales VP at Google and we spent half the interview trading stories.

Finally, my personal favorite, an Account Executive at Twitter told me that “even if I wasn’t qualified, I would probably get the job because everyone there shared my love for hot sauce.”

I felt like to cool kid at the party that everyone wanted to talk to.

The examples above were no mistake. They also weren’t the product of adding some vague interests on my resume. They were the result of several dozen revisions.

When I started my job search, this is what my resume skills section looked like:

Here is what it looked like after testing and revising:

Big difference, right? Let’s dig into why this specific set of interests was so effective…

For starters, your experience and achievements are already listed in the other sections of your resume. If you successfully managed a team that grew to be the top performing team in the company, leadership is implied. If you built a financial model that automates Leveraged Buyout calculations, everyone will know you have a good handle on Excel. The exception here is if you are applying for a technical role, because skills and proficiencies are critical for those positions. In that case, I would create separate skills sections on your resume.

My point is that writing down buzzwords or business terms isn’t going to trigger some sort of emotional response from the person reading your resume. Instead, it’s probably going to net you a big sigh and a trip to the shredder. If we want to make the most of our resume skills section, we need to find a creative way to stand out.

There are certain categories that 90% of human beings with a pulse have an affinity for. A few examples include:

When crafting my resume “skills,” my goal was to include as many of these topics as possible in a way that would increase my chances of making an emotional connection. Take a look at my list. I have:

With that spread, I’m pretty much guaranteed to have something in common with 99% of the people I talk to. However, as is true with anything in business, execution is key. Notice how I fleshed out the topic with a specific brand or detail.

I didn’t just say I love coffee, I specifically love Stumptown coffee. Why? Because people in the industry I was aiming for tend to be pretty serious about their cup of joe. When it comes to Stumptown, there seem to be two camps – hate it or love it. Either way, I’ve got a high probability of my interviewer commenting on it because they’re emotionally invested.

The same goes for my reading choices. I could have said that I love to read, or that I love books. Instead, I chose to include a specific author and one of his books. Malcolm Gladwell is a household name at this point, and every time I’ve spoken to someone about him they get excited. This led to dozens of book recommendations and lively conversations.

Finally, hot sauce. For starters, I love hot sauce. But I also know that hot sauce lovers tend to be a little bit crazy when it comes to their preferred brand of spice. The Wall Street Journal even went as far as to write an article about why people are so crazed with hot sauce on a molecular level. Hot sauce was, by far, the #1 conversation starter on my resume.

I included interests that are likely to strike a chord with just about anyone and I presented them in a way that should provoke an emotional response. If I can get that, my rapport with my interviewer or potential hiring manager just went from strictly business to personal and that is a huge advantage when it comes to landing the job.

Putting It All Together

Now that you know how to craft your resume skills to help you quickly build relationships with interviewers and hiring managers, check out my friend DJ’s guide on crafting resume bullets to help make the rest of your resume stand out from the crowd.